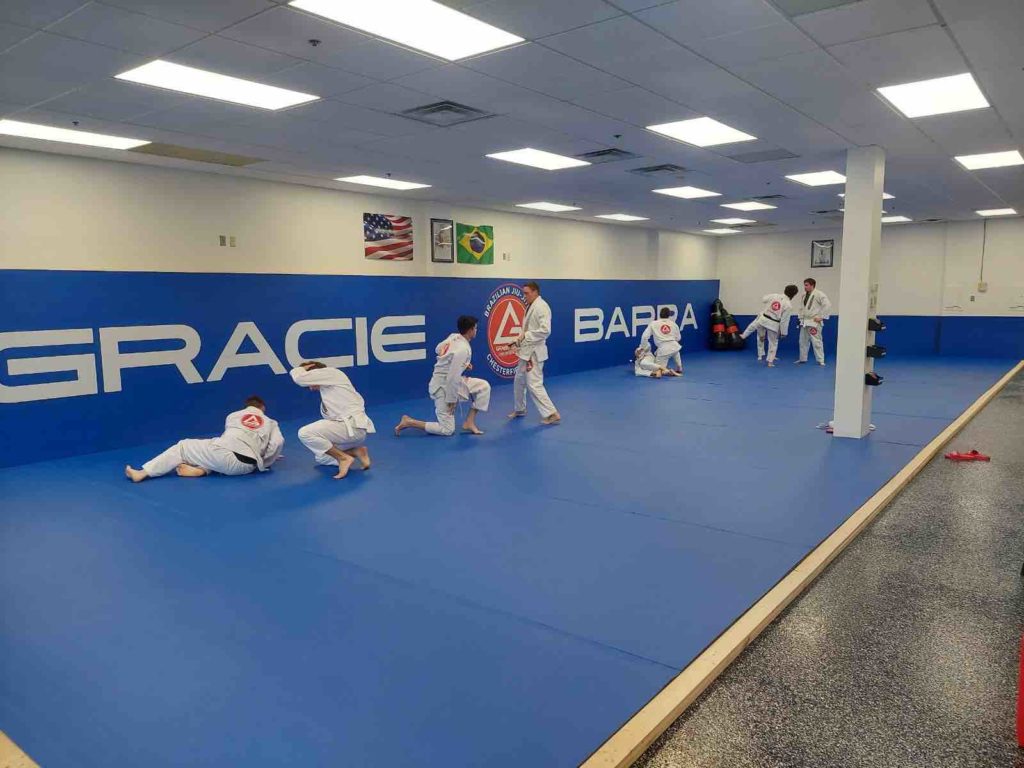 Gracie Barra Chesterfield has only been open for a few months, but has already made a big impact on many students’ lives.

From 4 year olds to over 40 year olds, Gracie Barra jiu jitsu has been building people up both mentally and physically all over the world for over 36 years, and continues to do so in Chesterfield, Missouri.

We were happy to talk with a few of our dedicated students with various lifestyles, and hear how their jiu-jitsu experience has influenced them!

“I trained as a kid, and I came back to Gracie Barra because I really like the environment and how hands-on the classes are; And how flexible the professors are,” 16 year old Sophia Brame said.

Sophia has been back to training for about two months now, and attends several classes each week while also being a full-time high school student. Doing jiu-jitsu has helped Sophia throughout the school year by helping her manage stress.

“I really do just try to carve out time in my schedule to train because it’s pretty important to me,” Brame said. “I think it puts me in a better mental space because it really just helps me focus on things and not on other stuff for a while.”

Brazilian jiu-jitsu can cater to so many different lifestyles! Gracie Barra Chesterfield student, Austin Drake (31), is a personal trainer who stays busy with work, sometimes seeing up to ten clients a day. “I prioritize [jiu-jitsu] on my off days. It helps knowing that I have one subset of training that day. The fact that I am in the gym all day, it kind of motivates me to do something outside of the four walls of the place that I’m at fifty-plus hours a week,” Drake said. “Change of scenery is a motivator within itself, so I would say I have one foot in chaos and one foot in order, working in a place that already does me good in terms of my health and conditioning, fitness, strength; whatever. But I don’t get to do this at work.”

One of the most important things Drake has discovered in his jiu-jitsu journey is a newfound ability to overcome mentally challenging hurdles that can be present each day. “No one intentionally goes after things they can’t do well. The fact that I come here multiple times a week knowing that I will lose, sometimes very hard, it feels good,” Drake said. “Imagine your biggest fear, and you choking the life out of it. That’s where you should see yourself in the next five to ten years. Choking out your biggest fears” Drake had been interested in doing jiu-jitsu for a while, so it was no hard task for him to walk in the door and step on the mats for the first time. Training has helped him feel more calm throughout the day, less riled up, and given him the ability to process things quicker. “If the hardest part of my day is getting choked out after training six, seven, eight, ten people in a row, then the rest of my day is so much easier,” said Drake.

Jiu-jitsu is also becoming important for those who work in Law Enforcement, our student Derek Schwartz (24), takes the time in classes to figure out how he can implement jiu-jitsu principles into his job, making it more than just a hobby. “I know there [are] a lot of people in my profession that can utilize this,” Schwartz said. “I come to class and try to figure out different stuff that I might be able to use at work with all my gear on and stuff like that, so it’s just a new perspective to try and take in while training.” Despite his busy schedule and twelve hour work days, he makes time throughout the week to come in and train on his off days.

“[Jiu-jitsu benefits you by] being able to push yourself past limits that you thought you had. Physically, I’m just in way better shape. Again, at work I just feel so much more confident being able to handle myself without having to use secondary tools,” Schwartz said. No matter your age, size, or lifestyle, much like our uniform says: Jiu-Jitsu for Everyone! In just a few months, these students have found so many great outcomes that come with training. Not only are they learning something new, but also making friends and discovering just how far they can push themselves on a day-to-day basis.

“[Being hesitant about training] is a difficult mindset to push past with physical sports like this,” said Schwartz. “It’s something that you kind of just have to jump into with both feet and trust in your training partners. Trust that there’s good people here, and that it’s a safe environment to train in.”